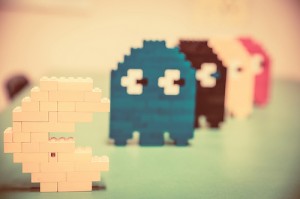 Capistrano is a remote server automation tool that can be used to simultaneously deploy web apps to multiple servers.

Deploying web apps and web sites is one of the more complicated and time consuming tasks that a web developer must endure. Typically, developers will have a number of machines in addition to their production server or servers. They may have a development server in the cloud or they may develop on their desktop or laptop machine. They will probably also have a staging server for testing new code before it’s pushed to production. Syncing up code between these servers manually is problematic and prone to mistakes, particularly if there are multiple development, staging, and production servers that need to be kept synchronized.

At the end of a busy day coding, it’s all to easy to push the wrong data to the wrong server, as an Azerbaijani developer recently discovered, probably to his detriment.


Automation is the best way to prevent error-prone repetitive tasks turning into a snafu, freeing up developer time for more productive jobs. While it is possible to draft tools like Puppet in to automate app deployment, that’s not really what they are designed for and they’re a little overpowered. Capistrano is a remote server automation tool that’s designed to make it easy to deploy apps and carry out other server automation tasks.

Capistrano, which is written in Ruby but can be used to automate other languages, is capable of deploying sites and apps to servers automatically according to pre-built recipes. A fairly trivial use of Capistrano would be with a static site generator like Jekyll. An aspect of Jekyll that puts many people off is having to upload the generated files with every change. With Capistrano that process can be automated, so that a site’s static files can be generated, securely uploaded, and deployed with a single command. Even better, Capistrano is capable of rolling back deployment to a previous state just as easily.

Capistrano also integrates well with Git and other version control systems, so if a site’s files are being managed in Git or on GitHub, it’s possible configure Capistrano to snag the files from the source control repo and deploy them to a server.

Capistrano is capable of much more than deployment: it can also be used for server auditing, log processing, application of updates, and automation of other common server maintenance tasks and workflows. Many of these automations can be linked together into complex workflows, so developers can automate a set or pre- and post-deployment actions.

Are you using Capistrano for your deployments and server automation? Let us know how it’s working for you in the comments.

This site uses cookies. By continuing to browse the site, you are agreeing to our use of cookies.

We may request cookies to be set on your device. We use cookies to let us know when you visit our websites, how you interact with us, to enrich your user experience, and to customize your relationship with our website.

Click on the different category headings to find out more. You can also change some of your preferences. Note that blocking some types of cookies may impact your experience on our websites and the services we are able to offer.

These cookies are strictly necessary to provide you with services available through our website and to use some of its features.

Because these cookies are strictly necessary to deliver the website, you cannot refuse them without impacting how our site functions. You can block or delete them by changing your browser settings and force blocking all cookies on this website.

We also use different external services like Google Webfonts, Google Maps and external Video providers. Since these providers may collect personal data like your IP address we allow you to block them here. Please be aware that this might heavily reduce the functionality and appearance of our site. Changes will take effect once you reload the page.